Posted on September 25, 2009 by Matthew Bert Goode | Leave a comment

Why are Olive Garden commercials so goddamned corny?  Is it intentional?!?!? 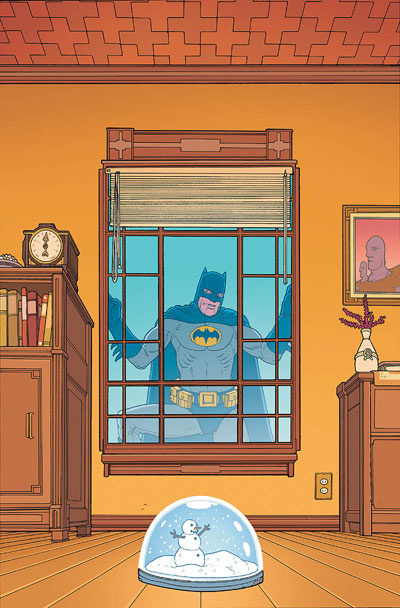 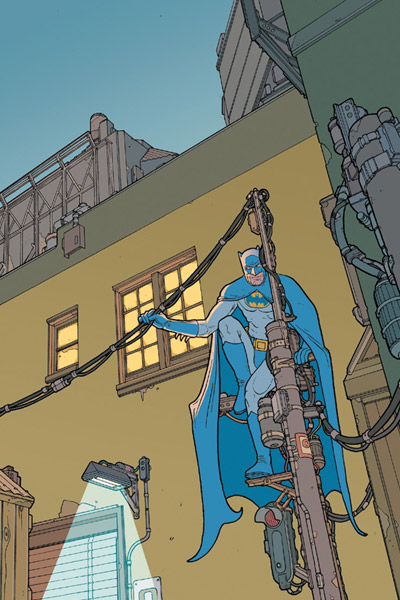 Fisher possessed a unique and instantly recognizable drawing style. He first gained attention for his work on DC Comics‘ Green Lantern: Willworld, and was nominated for an Eisner Award for “Best Penciller/Inker” for Flash: Time Flies and Vertigo Pop! Tokyo. 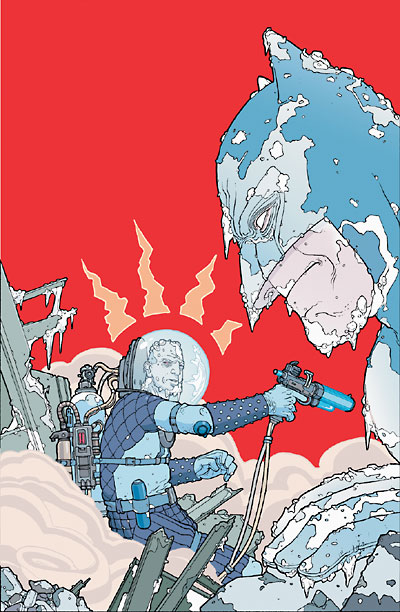 In 2005, Fisher pencilled the five issue “Snow” story arc of the Batman series Legends of the Dark Knight, written by Dan Curtis Johnson and J.H. Williams III. Fisher provided the art for the Marvel mini-series Fantastic Four/Iron Man: Big in Japan (scripted by Zeb Wells) that appeared in 2005. (The series’ final issue was published in early 2006.)

Fisher produced magazine and album covers in Finland and his adopted home of Japan. He also worked for a time for Presto Studios doing concept design work for the computer game Myst III: Exile. 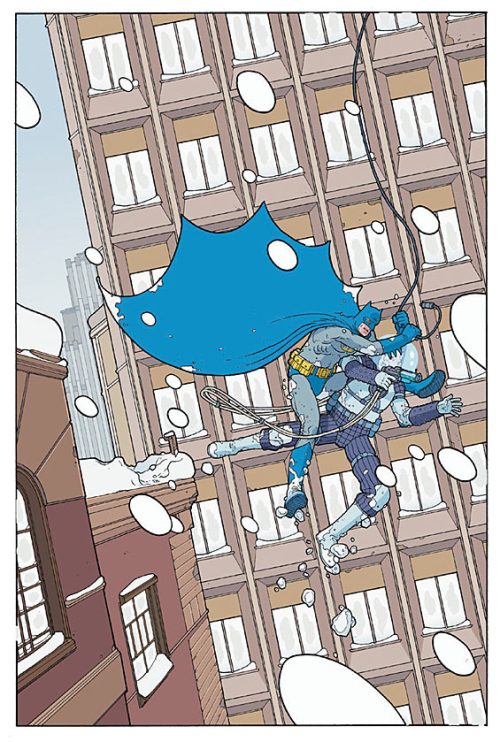 Fisher produced magazine and album covers in Finland and his adopted home of Japan. He also worked for a time for Presto Studios doing concept design work for the computer game Myst III: Exile.

He died as a result of injuries suffered in a fall from a seventh story roof off an Osaka, Japan club. 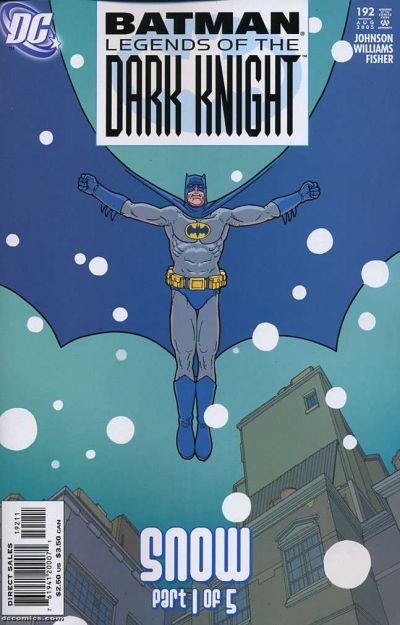 I became a fan of Seth Fisher’s work on Vertigo Pop! Tokyo, and was excited when heard he would be tackling Batman. His artwork had some kind of manga sensibility, but it didn’t just imitate the traits normally associated with that style. The “Snow” story-arc showed that Fisher’s cartoony pencilling and the noir-infused world of Batman need not be mutually exclusive.  Sadly, it would prove to be his sole Gotham City foray; his tragic and untimely death cut down an artist that was only just coming into his prime and who, I’m convinced, would have become one of the great comic artists of the decade. Still, at least we still have the work he did complete; for that, at least, we can be thankful. 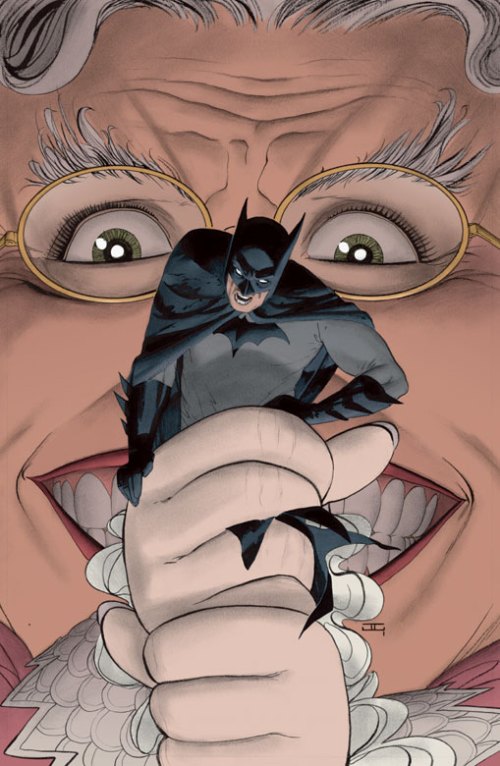 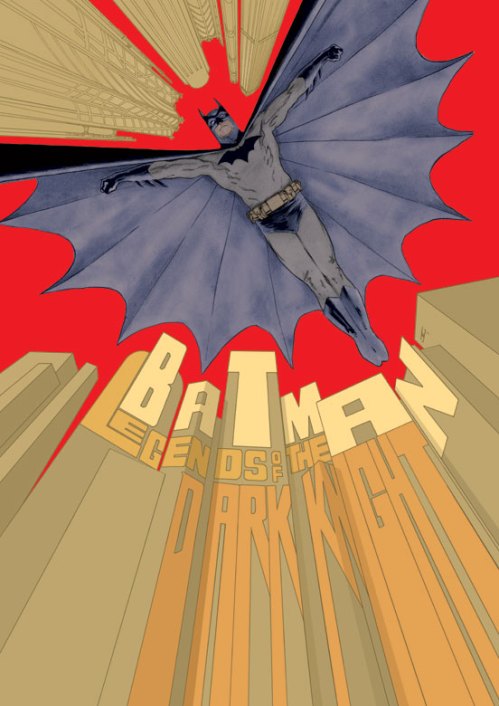 John Cassaday (born 1971) is an American comic book artist and writer, born in Fort Worth, Texas and currently residing in New York City. He is known for having a high level of precision and realism in his work.

He is best known for his work on the critically acclaimed Planetary with writer Warren Ellis, Astonishing X-Men with Joss Whedon and Captain America with John Ney Rieber. 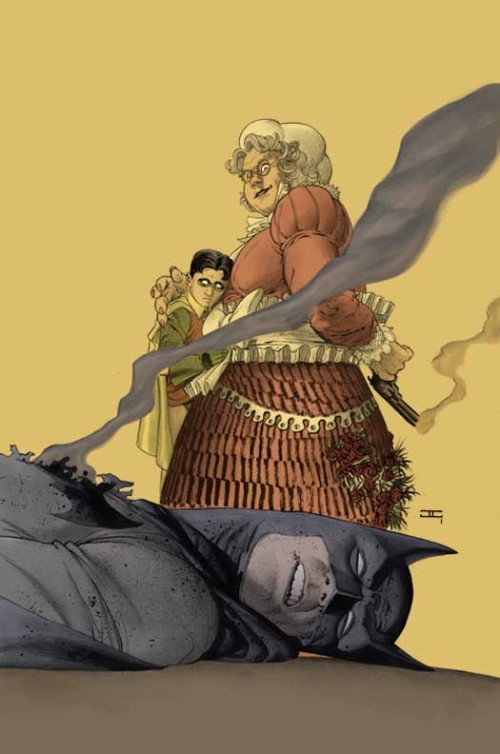 I like John Cassaday’s stuff, though I’ve really only read his Planetary work. He strikes me as being a really solid superhero artist like Alan Davis, who he reminds me of. These pictures are all from covers Cassaday did for Legends Of The Dark Knight. 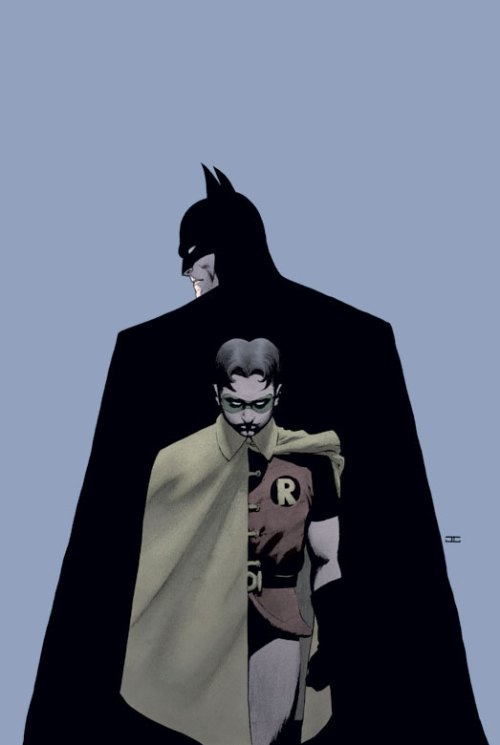 Posted on September 18, 2009 by Matthew Bert Goode | Leave a comment

Return to the National Game Registry to view more inductees.

The definitive arcade wrestling game, from the Double Dragon team.

Return to the National Game Registry to view more inductees.

So, over the last few weeks I re-watched the original 8 seasons of Red Dwarf.  I have to agree with the consensus that the first two seasons are the best.  My reasoning, like that of most others, is that these episodes depended almost completely upon writing and acting, with very few special effects, aliens, robots or other such things.  The scenes that depict Lister pining for the old days when the crew were alive add a realistic, emotional aspect to the consant bickerings between him and Rimmer.  The only real downside to this era is the occasional totally predictable sitcom-style joke, plus an episode where the crew meet opposite versions of themselves (including a dog equivalent for The Cat).

Kryten joins the cast in series III, which also kickstarts the 5 season era of adventures.  No longer content with snarky bickerings, the crew are now almost constantly confronted by monsters, simulants, genetically-engineered life forms, etc.  Kryten’s addition also moves much of the emphasis away from the Lister/Rimmer battles and creates more of an ensemble dynamic.  On the one hand, I have affection for Kryten having grown up to an extent on Red Dwarf.  On the other hand, I think his ongoing presence is more negative than positive.  The one area in which this period is superior to the first two series/seasons is the portrayal of The Cat.  I really, really enjoy what an awful creature he is, reveling in the misfortunes of others with snappy, even if predictable, one-liners.

Finally, we reach Series VIII.  I must have had the blinders on in the past because I have to agree with Ryan, this season is just fucking painful.  There are some episodes that have plots that are just fine, but these are almost always ruined by stupid-ass jokes that run way too long.  Sticking out for me is a horrible moment when the cast disguise themselves as the Dibley family using conveniently-acquired buckteeth and mopheads.  The poorly disguised assholes then walk in choreographed fashion while some mod music plays, all shown in slow-motion.  Ugh. 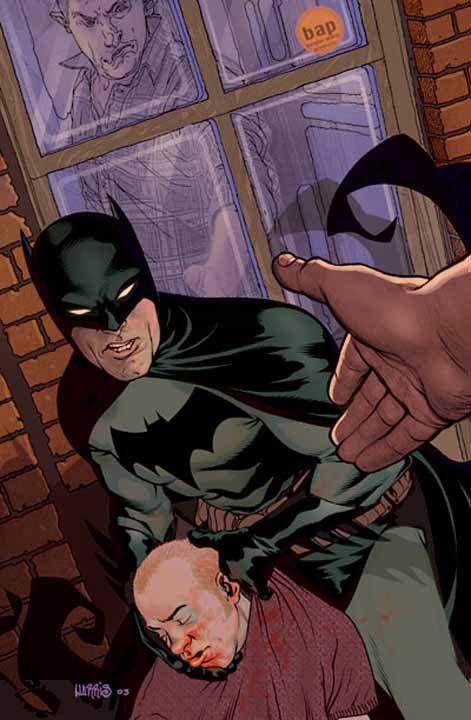 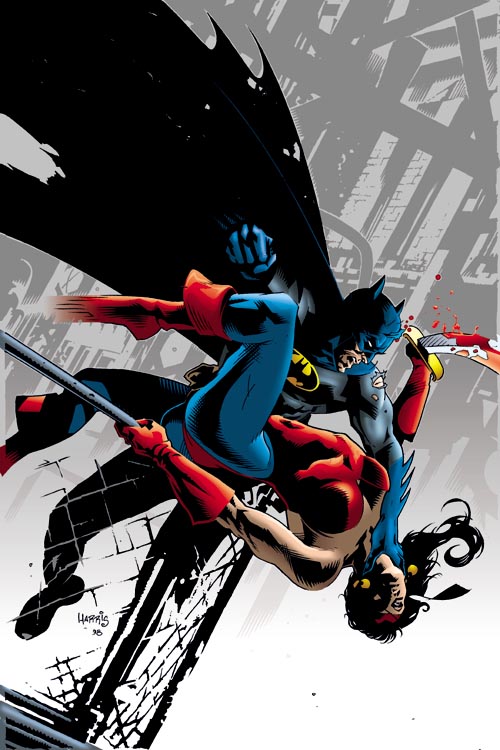 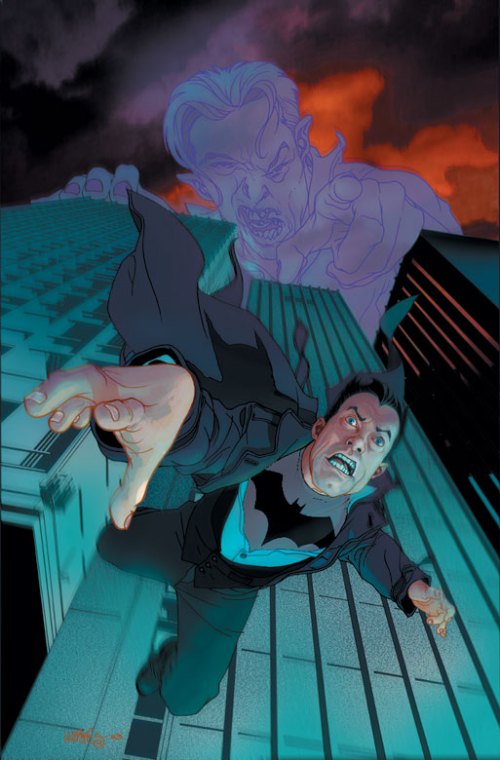 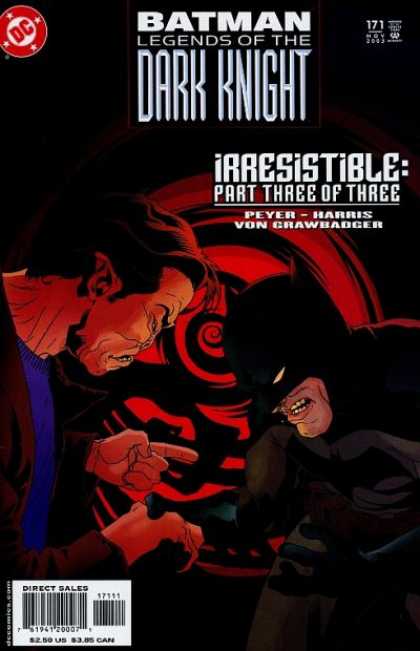 Harris debuted in the comics in 1989 and rose to prominence in 1994 with the publication of DC comics’ Starman. Co-created with James Robinson, Starman led the two to critical acclaim and eventually a Will Eisner comic industry award for the Sand and Stars story arc. 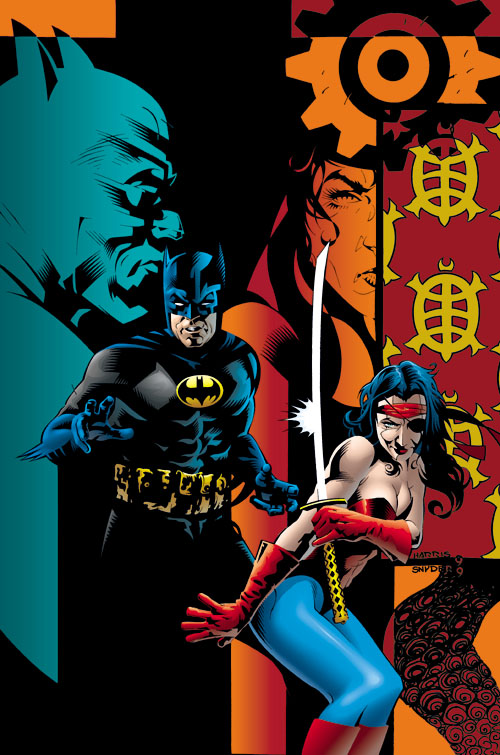 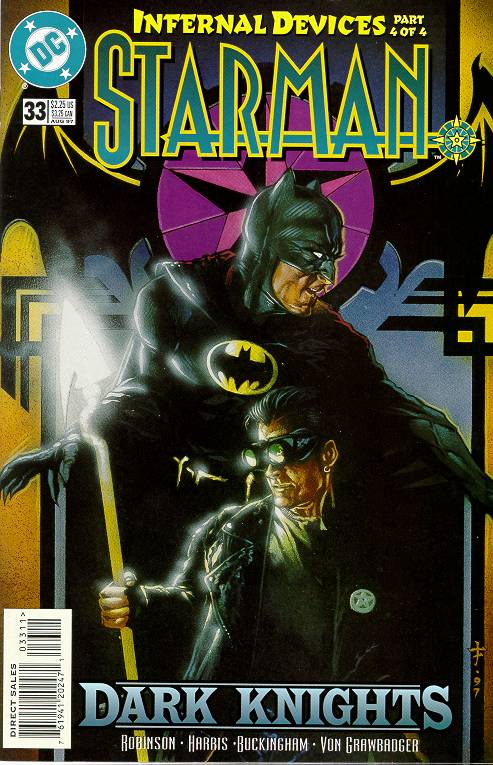 As I mentioned in the earlier 70 AOB post about Mike Mignola, Starman is one of my favorite comic series. Tony Harris’ artwork is a big part of why I love it. His earlier style was dark and angular…it makes sense that he began his career in horror comics. This style instantly set Starman apart from the rest of the superhero comics published at DC in the mid-90s. Harris co-created the world of Starman Jack Knight with writer James Robinson, and was the regular artist on the book until #45. Toward the end of his run, he had the chance to depict Batman in his distinctive manner, as can be seen above in this painted cover. 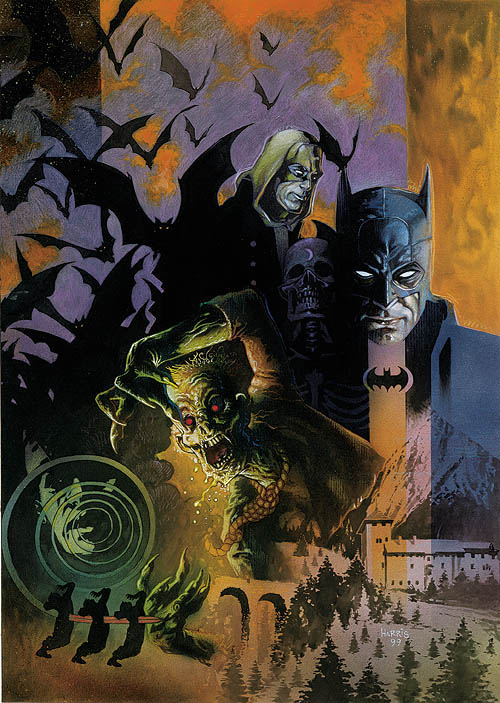 But to date, Harris’ most notable work on the Dark Knight can be found in JSA: The Liberty Files, an Elseworlds story that plunges Batman, Superman and various JSA characters into a World War II espionage scenario. This series, from the early 2000s, showcases Tony Harris’ evolved style, where the formerly jutting angles have become curved. 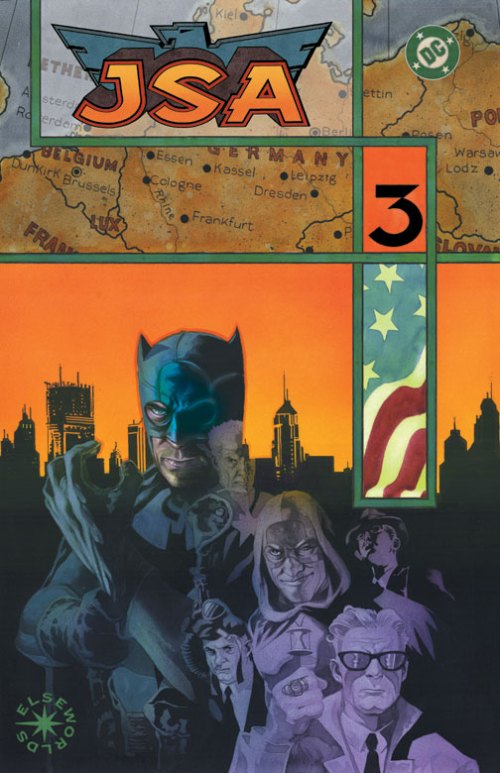 It’s a good read, I suggest tracking it down if you can. 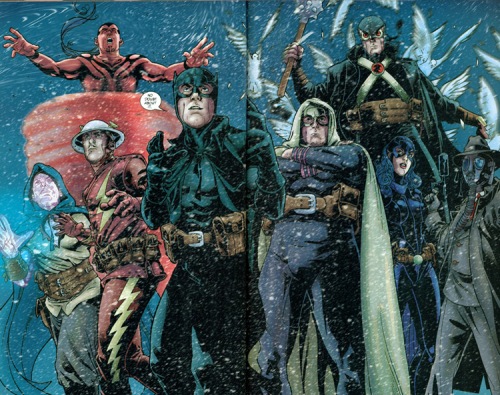