Guided By Voices is a band I should have spent my entire high school career listening to. However,  as usual, it wasn’t until my mid-twenties when I finally got into them.

The two tracks that I have been listening to repeatedly are one of the last six tracks on the album. I mention this because those six tracks nearly didn’t make the cut. The big wigs at Matador didn’t care for them, so gave them the ax. Then, they supposedly saw the error of their ways and asked for them to be put back on.  So they aren’t listed on the back of the cds.  Or so the story goes.  Yet, I think most of those six songs are some of the best on Under the Bushes Under the Stars.

Big Boring Wedding is not your typical GBV song. At 3:43,  it  slowly unfolds (especially when you consider that prior to this album, many GBV songs clocked in under two minutes, and sometimes under one minute).  And, as opposed to Pollard’s usual abstract ramblings, he seems to be a little more straight ahead. However, still an ill song.

Sheet Kickers is a little more obvious. Engineered/produced by Steve Albini.  So it’s got that Albini drum sound that I love. And the song itself sort of reminds me of early Frank Black.  So, in short, you have Sufer Rosa production with Teenager of the Year songwriting. Hooray!

Posted in Stuck on Repeat

Simone Bianchi (born July 10, 1971[1] in Lucca, Italy) is an Italian comic book illustrator, painter, graphic designer and art instructor, known to Italian audiences for his work in comics, CD covers, music videos, TV commercials and role-playing games, and to American comic book readers for his work on Detective Comics, Green Lantern and Wolverine. Bianchi’s style is distinguished by his use of ink wash, or watercolor halftones,[1] in rendering his work, a non-traditional technique by mainstream American standards.[2] 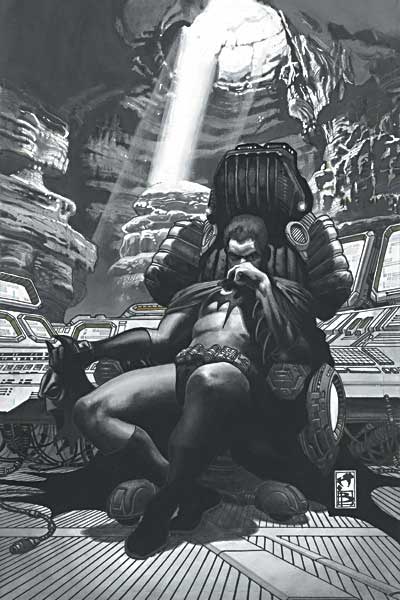 I first saw Bianchi’s art in the Shining Knight miniseries that was part of Grant Morrison‘s Seven Soldiers megaseries. I was certainly impressed by his ability, and was also kind of surprised that DC was working with someone whose style is so European. Traditionally, American mainstream comic readers haven’t been terribly open to European artists, preferring instead Jim Lee clones from Brazil. Both for some reason, Simone’s work caught on over here. 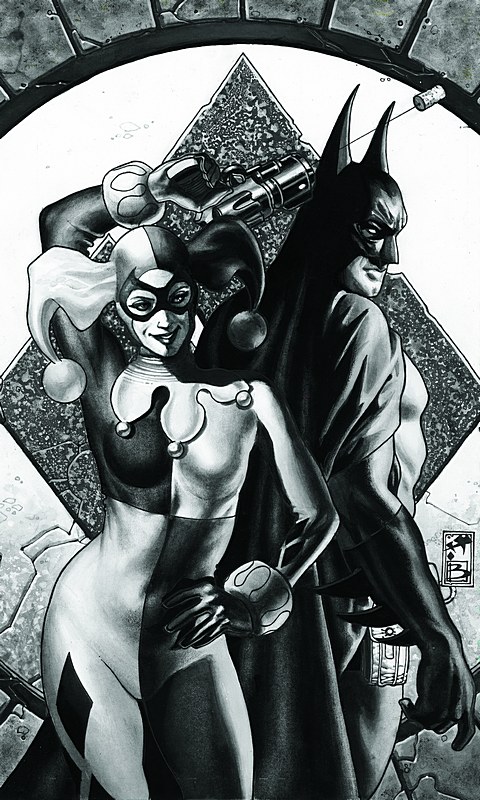 After completing Shining Knight, Bianchi went over to Marvel, where first he worked with Jeph Loeb on Wolverine. He currently is partnered up with Warren Ellis on Astonishing X-Men. But during this Marvel tenure, he still found time to be the cover artist on both Batman and Detective Comics, which is where this images hail from. 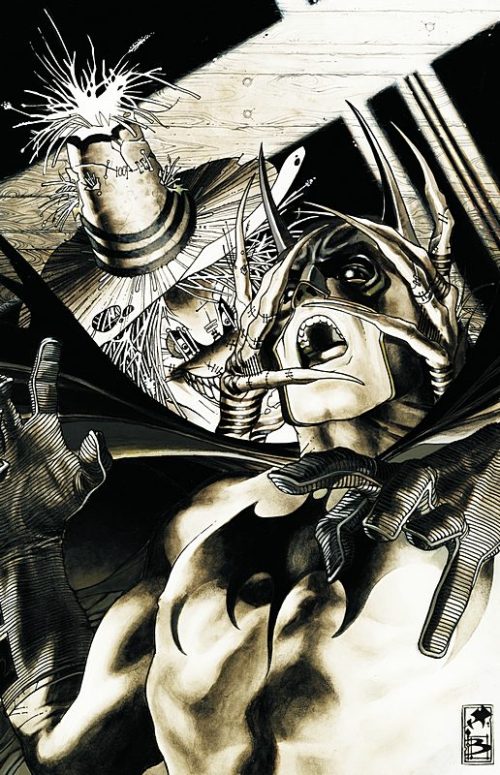 Hopefully at some point he’ll come to his senses and do some actual Batman interior work, but until then you’ll have to settle for this. Or you could buy X-Men too, I suppose.

the pygmy jerboa. who does he think he is?!

as promised last post, here’s one of the new Beati Paoli songs. You can get it with the rest of the “Quid Pro Quo” project on 6.19.09.

You’re old enough by now
To know how this works
If not, I’ll take you by the hand
And walk you through the plan

I’ll get what I want
And you’ll get to believe in what you want to
Who has to know?
Just you and I alone

You just don’t know yet…

Over the past few months, Beati Paoli has been working on new material. They’ve been planning a split 7″ with hip hop artist Aeon Grey that will also include two digital mini-albums (via download cards). the 7″, titled “Quid Pro Quo”, will feature one new song from each artist, and the download only material will be a combination of new and remixed/reworked tracks.

The release party is scheduled for june 19th (at The Vaudeville Mews in Des Moines, IA), but you don’t have to wait that long to get a taste of the new stuff. This friday, 5/29/09, Beati Paoli will be uploading a new song, called “Massive Charm Offensive”, onto their website (http://www.beatipaoli.net) and myspace. I’ll try and upload it here as well.

and just so this post isn’t completely BORING, here’s a sample of the 7″ artwork:

last month, michael jackson decided to auction off over 1,000 items from his neverland ranch. i would have LOVED to have been in the same room with all of these personal belongings, but there’s always the next best thing… One Lucky Guy’s Flickr Page.

here are some of MY favorites from HIS favorites:

and if you want to see more, you can check out the official auction site.

EDIT: turns out… michael CANCELLED the auction at the last minute, so, luckily, he can keep his peter pan power strip…

EDIT 2: by popular demand, here’s one more gem jackson won’t have to worry about parting with… a lifesize michael-jackson-as-batman statue: